Hello everyone and welcome to today’s celebration!

What are we celebrating you might ask and the answer is very simple. Today is august the 16th and that means one thing, it’s the Heart of Amethyst anniversary!

One year has passed since I started this crazy journey. At first, I believed I wouldn’t get anything from starting this project, just the fun of it. I thought I would do it in my free time and carry on with my life as it was planned, but the past year has proven me wrong and I couldn’t be happier about it.

Besides, I really want my fans to know me for who I truly am. So, here I go, bear with me for a while hehe.

When I started this project, I was going through a rough patch in my life. Med school, as good as it is, slowly drains your happiness away. The tests, the oppressive environment, the envious classmates and some rude teachers. All of that started to keep me down constantly. My grades went down, some of my “friends” abandoned me and I couldn’t keep up with the curriculum anymore.

It pained me to see myself like that, so defeated and sad, but there was nothing I could do. Depression got me hard and I was deep in that abyss, unable to swim back up.

Soon enough, I started to visit a psychologist for students. He told me I was suffering the effects of burnt out and I should try to find different activities aside from college, to keep myself preoccupied. To be honest, even if I wanted to, there was no way for me to do that. You don’t get time for yourself in med school. You just have to study, eat, sleep and then study some more (Sleep is optional).

So, when the inevitable happened and I failed a class, I just broke.

In my head, the idea of getting behind everyone else was insufferable. I thought I was useless, I thought I couldn’t do anything right and I thought I had ruined my future. But, as bad as that was, it was also the ray of hope that I needed.

I found myself in the hands of a not so heavy semester. I decided to take easy classes like English or basic economies, giving myself more free time. And, as you might have guessed, I used that free time to do stuff I really enjoyed. I started drawing more, playing games and watching movies. I had a break, I could breathe again.

So, remembering the words of my psychologist I started doing something different. I began to write.

I’ve always loved to write down stories. In my teenager year’s I used to role play with some of my friends and I really enjoyed it.

With that in mind, I just let my imagination go wild and eventually I developed the idea for Heart of Amethyst. It took me around 2 months to get some characters done and another month to create a basic story line.

A little fun fact, HoA was supposed to be a novel and I would publish it on Wattpad (I’ll let you guys wonder who is the “Canon” love interest for Ehlly. Since it was a novel, there was only one candidate by that time). But, how did it became a Visual Novel though? Well, you can blame Morenatsu for it. I’ve been reading VN’s nonstop since I read that one, and the idea just came to me one night.

So, with that idea and a dream I started to teach myself coding. At first, it was really hard as I didn’t know what the fuck I was doing. I kept on trying though, I didn’t feel like giving up. Still, that lack of knowledge would explain why the code from the prologue and the first half of chapter one was so… Rusty, to say the least.

But even so, as I finished it, I was super hyped to finally publish my own VN. And when I did, something that I wasn’t expecting happened, people actually liked it!

I was mind blown by how much support and positive comments I was getting.

A month later, a guy with a similar project approached me and started talking to me. That guy is one of my best friends to this day and I love him with all my heart, his name is Zordy. He introduced me to his group of friends and even if I was super nervous, we bonded pretty nicely.

They have all helped me a lot and I don’t see my life without them anymore.

It was all going nicely for me. I started making new friends, I continued developing the project and I was overall enjoying myself. But then, November came and I had to start a new semester. I had to go back and redo the class that I had failed.

I thought I had it, I was sure that I could keep it up. After all, I was happy, right? Nothing could stop me!

Well, I was very wrong. Med school ran over me like a truck once more. I started to fall on that pit again and I didn’t know why. I had a break, I was happy once more. So, what happened? What was wrong with me?

After weeks of thinking it properly, I reached a conclusion. There was nothing wrong with me, there never was. I just made the wrong decision and it was coming back to bite me in the ass.

So, with my balls on my neck, I decided to let my parents know that I was dropping out of Med School. Some yelling and fighting happened (even to this day there is still some resentment in the house), but by March of 2022, I was finally free from that burden.

Some months have passed since I took that decision and I couldn’t be happier about it. I’m currently looking for a new career. But this time, I want to make sure I make the right choice. And you know what? There is no rush, I’m only 21 years old and my life is just starting.

And that’s it, that’s the end of this shepherd’s story. I feel a little light right now, as I finish writing this, but I really wanted to put my feelings out there.

All I have left to say is… Thank you.

Every single one of you has given me hope and I could never thank you enough.

So, all I can do is keep on doing my best one day at a time. No use getting frustrated thinking about the future.

My life belongs to me now and I’m not giving it away.

I love you all.

Wait! Before you leave, there is something that might interest you. I actually prepared something special for this year’s anniversary.

And that’s it! This time for real hehe Have a great day and happy anniversary to you all! 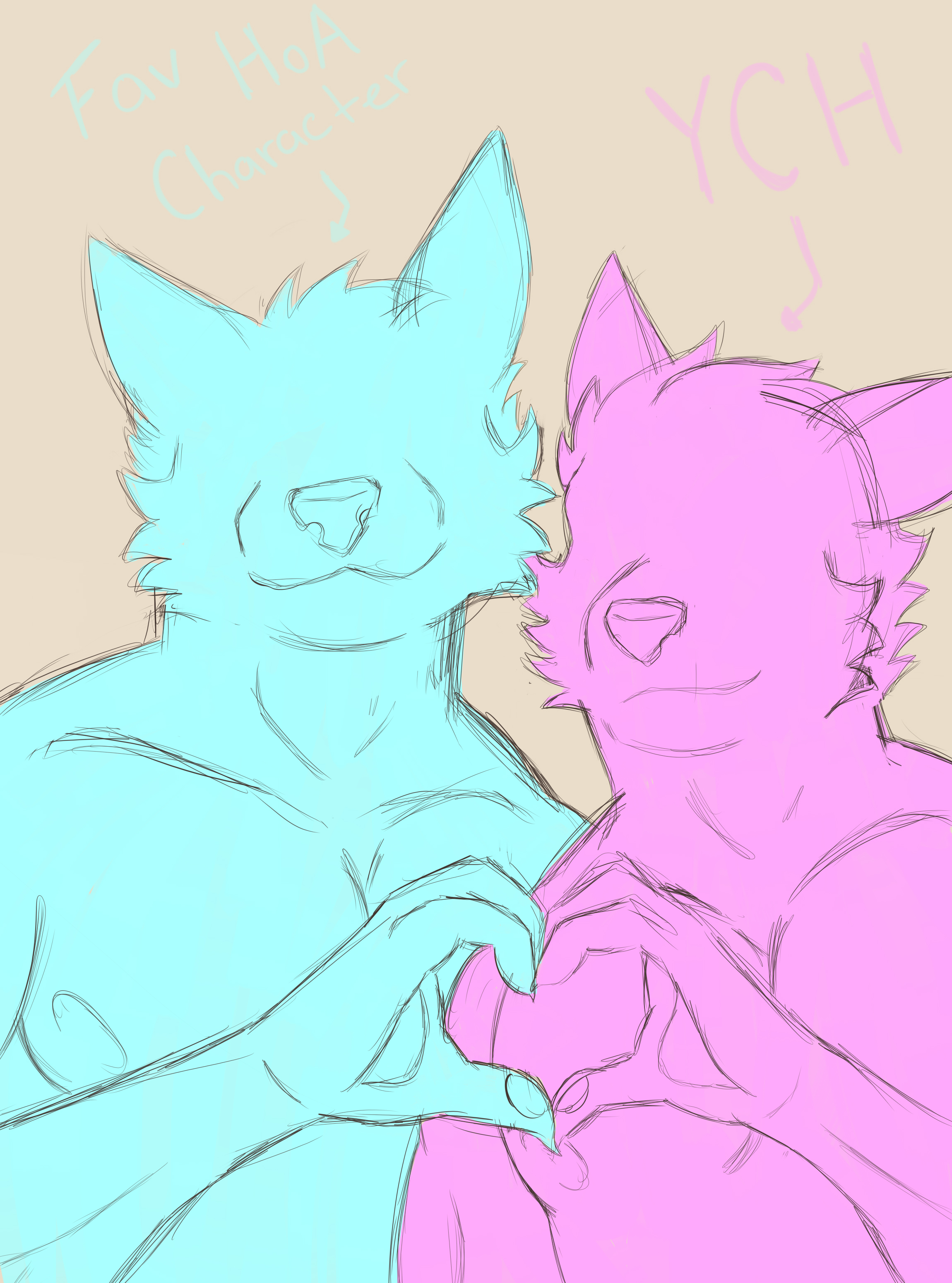 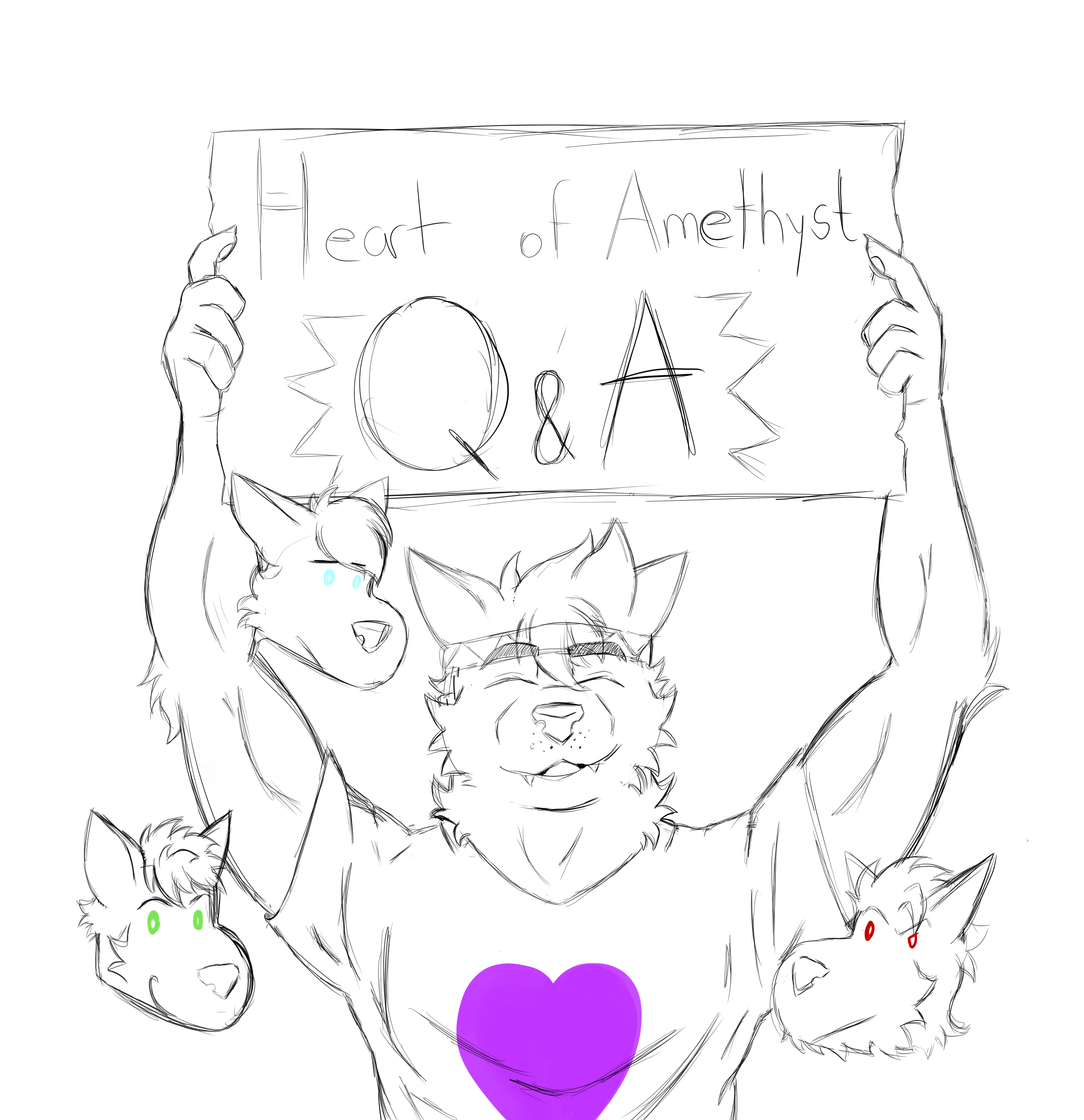 Get Heart Of Amethyst

Fellow 21 Year old here, I'm glad you're following what brings you joy in life, and I am glad I am able to enjoy the fruits of that labor. I'm still in school, but I went through a heavy time similar to yours and threw myself into a project that helped me see that I was capable, much more so then I believed myself to be. I'm glad you see how capable you are, and that no matter what you do next, you'll have people who'll support you :).

A year has already gone by?!

I think it's beautiful how xou've found healing in such an earnest way UwU xou followed xour heart and listened to xour inner voice, and that's not always something easily done :)

Writing can be so cathartic and freeing, so I empathise with using it as a medium to fight depression UwU I'm glad that through the aid of the godfather of all FVN's, Morenatsu :p, xou were able to pull xourself from those depths <3

Congratulations on xour anniversary! \^__^/ it's a HUGE accomplishment! O.O Here's to another year filled with handsome woofs and positive vibes~! n_n

Congrats on a full year of HOA Jaden! I've had such a great time reading through this VN and keeping up with all the updates so thank you so much for taking the time to make each chapter as good as they are. Best of luck picking a career path that you really want, its not easy to make the decision to start over but I think its better than forcing yourself through something that makes you miserable especially when you're only 21. Hope you can find something you really enjoy and here's to another year of HOA <3

Cheers for another year of HoA! Thanks a lot for reading man.